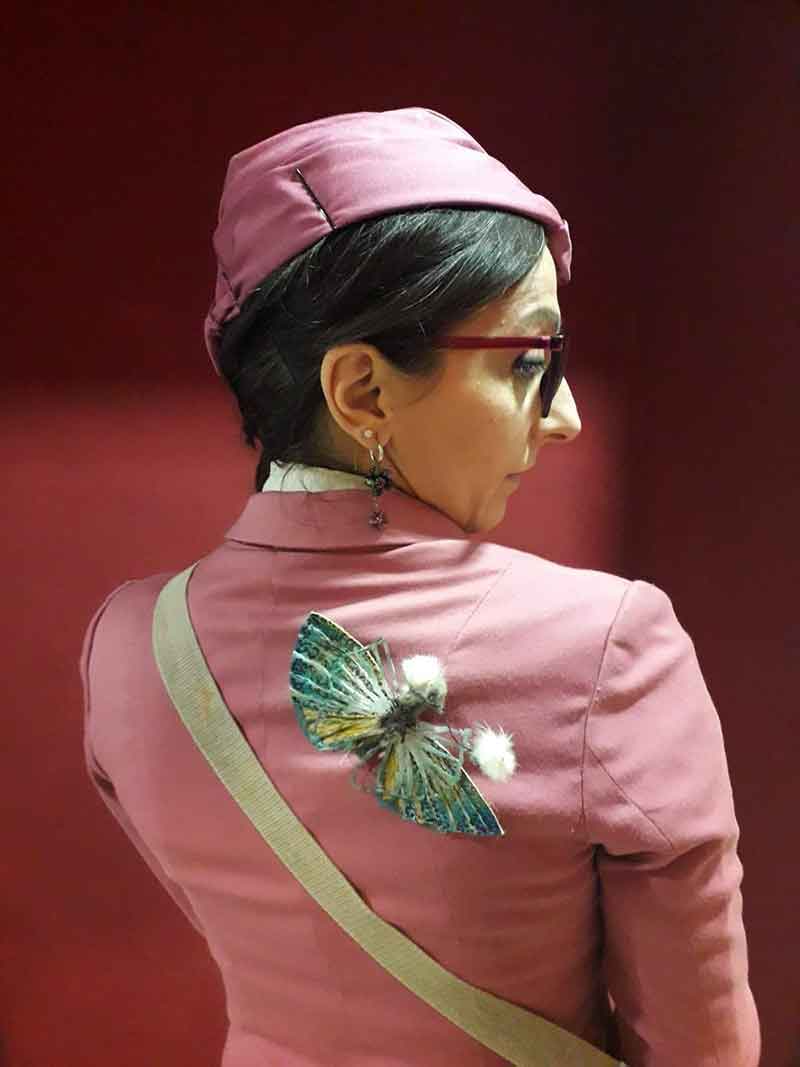 As a performer, I live and work in the theatre, exploring all its facets.

As a costume designer for the Compagnia della Fortezza for the past twenty years, I have been awarded:
– the Premio della Critica 2012 for the costumes of the show Hamlice
– the Premio Ubu 2021 for the best costumes for the show Naturae

made in the prison of Volterra.

Below you will find a portfolio of my work as a costume and set designer:
– Costumes
– Sets

As an author and director of animated theatre, I have conceptualised, created and directed touring productions, interactive installations and a series of shows on classic fairy tales entitled Racconti sulle spalle, such as: Rosso Cappuccetto, Grethel and Hansel, Gianni e il Gigante and Rumori Nascosti.

From my research on fairy tales, other productions have emerged: Once upon a time: the museum of fairy tales (guided tour of the museum); Imnatura (a walk in the woods to encounter strange creatures).

In combination with the projects, I also created my ManuFatti:
– stage props, which are often real sculptures;
– masks, which are an integral part of many shows
– animated puppets that interact with the actors.

The narrative in my work always stems from images and drawings that I make myself and that serve as a starting point for new adventures.

My method of creation has birthed various training workshops for teachers and students from 2 to 10 years old, which I have run in several Italian cities.

For the last three years I have been a trainer at the Scuola di Animateria in Emilia-Romagna, teaching the techniques and languages of animated theatre.

For more information about my work, collaboration requests or simply to express interest in my creations, please, write to me via the following e-mail address:
manu@emanueladallaglio.com

I will respond to you promptly!

Translated from French by John Richter